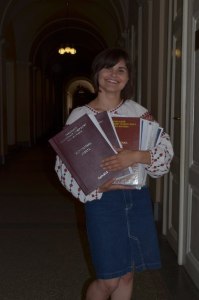 This essay describe the concept of a “poetical prediction” and mechanism of so called poetical texts` establishment. The object of our analysis was the texts by Costantyn Moskaletz, Halyna Kruk and Ivan Malkovych. Those chosen examples make it perfectly clear how text becomes “oracular” not at once after writing, but only when the event, described in this text, had already happened.